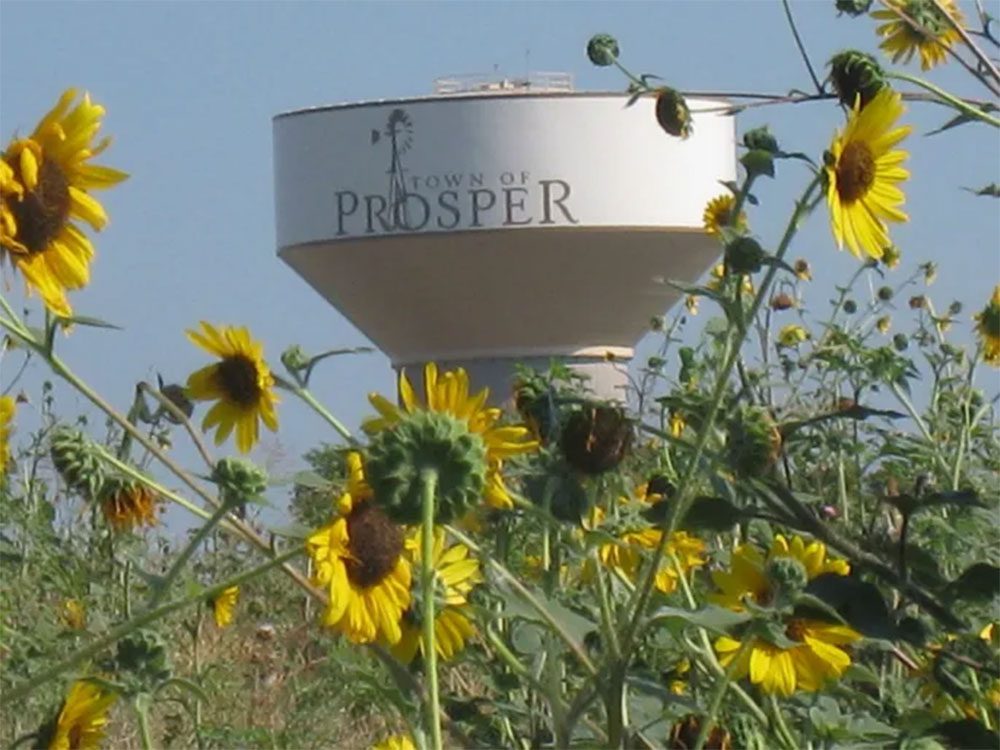 Between 1850 and 1902, only two settlements existed in the area that is now Prosper. Their development was increased in 1876 when County Courts ordered to establish small tracts of land for sale. Dr. A. T. Bryant of McKinney purchased the land that would later become the current town of Prosper. Named after their prosperous crops, Prosper became incorporated in 1914.

Some of the many communities in Prosper include La Cima, Gentle Creek, Whitley Place, Artesia, and Windsong Ranch.

Prosper is not lacking in things to do, with over 15 parks and an abundance of shopping and dining, with more in development now!